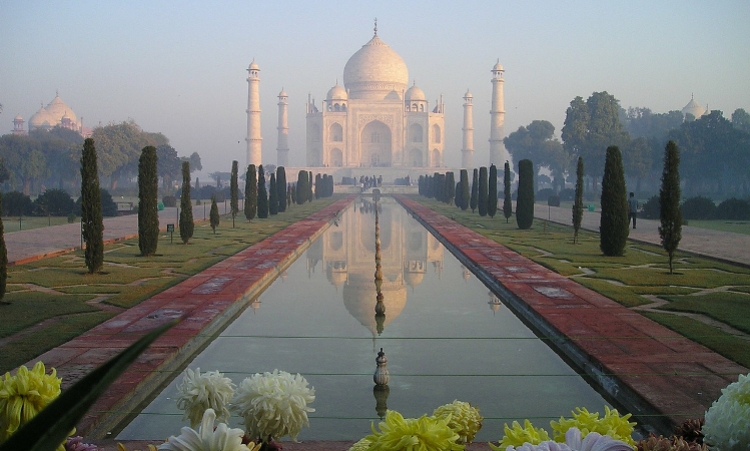 Ajmer is a holy city revered by every religion. Wrapped in green-carpeted hills, the city is dotted with old monuments. The city is also a major centre of commerce and is a modern city that features all the attractions of modernization.

Ajmer is a historically significant city. According to the facts the most striking events of the city's history point back to the time when its regions were controlled by the Chechi Gurjars. The records state that the region was under their rule for about 700 years. However, with the fall of their empire, the old city got lost. It was then rediscovered by Ajayraj Singh Chauhan in the 7th Century.

The Chauhan clan is actually a branch of the Gurjars. Then with the passage of time different kings ruled the land, which also included the great emperor Hem Chandra Vikramaditya. Later in 1559, the city came under the reign of emperor Akbar, after whom the control was succeeded by the Marathas. They were then superseded by the British. Finally, after the independence of the nation, the city got merged with the state of Rajasthan in 1st November 1956. Being ruled by several kings, emperors, and governors, the city developed a rich culture along with developing its infrastructure. Today, it is one of the most sought-after places to learn about the flamboyance of the country, Indian culture, traditional food, religion, and history.

The city is a part of the Aravali Hills Range. It is situated on the slopes of Taragarh Hill and is visually-physically situated almost at the centre of the Rajasthan state. There are the everlasting Aravalli Mountains surrounding it. Besides, thanks to the massive rocks of Nagpathar, the city remains protected from the beating of the Thar desert. During summers the city sees an extensive rise in temperature, it is quite hot here during summers. The temperature drops during monsoon when the heavy rainfall and thunderstorms hit the city. Winters are quite delightful that remains from November to February. The nearest airport to Ajmer is the Jaipur International Airport. Meanwhile, works are being done on Kishangarh Airport, which is much closer to the city. Besides, the Ajmer Railway Junction is a major stoppage for all trains passing through the state.

Today, the city is known for its manufacturing and industrial significance. It is a major hub of manufacturing. the notable products include: leather, cotton, shoe, hosiery, soap, and pharmaceuticals. For those who like to go on shopping spree, being in the market places and major commerce centres of the city will be nice experience. These marketplaces are home to excellent restaurants, good hotels in Ajmer, multiplexes, hangout places, and other glamour.

Talking about lodging and splurge, being a major commerce hub and a popular tourist destination, today there are number of hotels, lodges, guest houses, etc. in the city. Every traveller to the city gets more than one or two good accommodation options that he can choose from. If one is certain that his stay in the city will be short then the cheap or even the mid-range hotels are good options to go for. Meanwhile, the Ajmer hotels list is simply long enough that it consists of luxury hotels as well. Addition to that, there are many heritage hotels that are continuing their efforts of providing a satisfying and relaxing stay to all the guestsFind Article, which is plated with the valuable experience that they gained over the years.