Collectible cards: These are the most valuable Pokémon cards 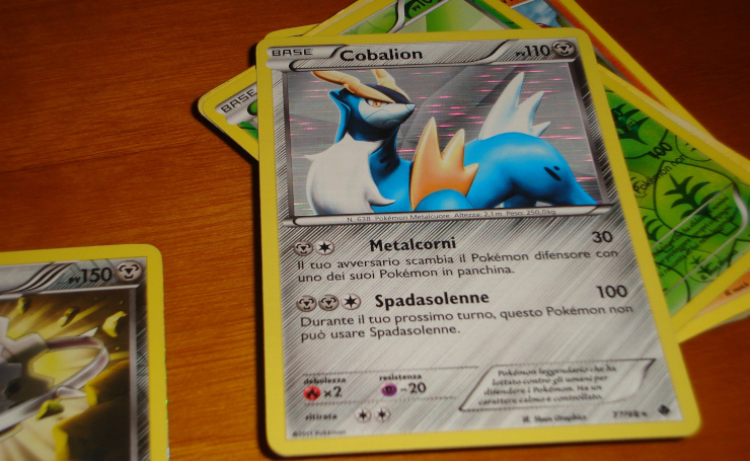 Pokémon cards are on everyone's lips again. The playing cards are not only coveted by children. More and more adults are falling for them, as rare versions fetch a lot of money. In demand among collectors around the world, they are now considered a real investment. If you are lucky, you can still find some old treasures from the 90s in the attic. Such Pokémon cards can be particularly valuable and provide unexpected wealth. But which card versions are actually among the most expensive versions and what should be considered when collecting and storing them?

The rarity of the cards determines their value

Even in the past, it was difficult to find certain Pokémon cards in booster packs. Among the trading cards, after the pack opened, those that almost every player had appeared. These included trainer cards and common Pokémons, such as Evoli, Raupi, or Sterndu. Rarer, although among the most famous Pokémon, wa da already Bisaflor. In the English version, however, the evolutionary stage of Bisasam is called Venusaur and is even rarer than the German card. Owners who have had their card graded via TCG Grading, for example, can rejoice, because Venusaur from the first edition, which was available between 96 and 99, can fetch up to 8,100 US dollars. However, the final price is always dependent on the ultimate condition of the card. If TCG Grading or another Pokémon grading vendor identifies poor "centering" or detects flaws in the printing, spies cracks, or similar details, the officially established value drops tremendously.

Special Occasion Cards: That's why this Karpador card is so expensive

One exception among the cards is certainly the 20th Anniversary 24 K Gold Pikachu card. It features Pikachu from the first edition. The playing card from a jeweler in cooperation with Pokémon was only available in the course of a Japanese lottery. The gold in the card alone is worth 600 dollars, and its rarity value leads to sales prices of up to almost 12,000 US dollars. As a playing card, however, it falls outside of classic valuation methods. Unlike Karpador cards, which surely every gamer knows. It was often found in German game packs. In 1998 Japanese children received it as a promotional version. This Karpador variant is limited to 1000 copies, is called Magikarp Promo Card and achieved a sales price of 17,500 US dollars with a grading of 9. A regular Karpador card from the first edition usually only fetches around 10 Euros.

369,000 US dollars, that's how much money the Glurak Holo card from the English version of the first generation was worth to one collector. It comes from a deck of cards from 1999 and bears the official designation 1999 1st Edition Holographic Charizard. In this version, a printing error is to blame for the high price, because according to the grading agency, it caused an increased rarity. But even apart from the printing error, Glurak fetches impressive sums in this country. The card can be worth 50 to 55,000 euros in good condition. This is also the reason why even today whole booster packs in their original sealed condition are traded for the price of a family home. Buyers hope to find in them a large number of Glurak cards, which statistically should be included. Most recently, however, this turned out to be a flop at Pokémon Days 2021. Proud Youtubers tried to open their expensive packs live and found not a single Glurak card.