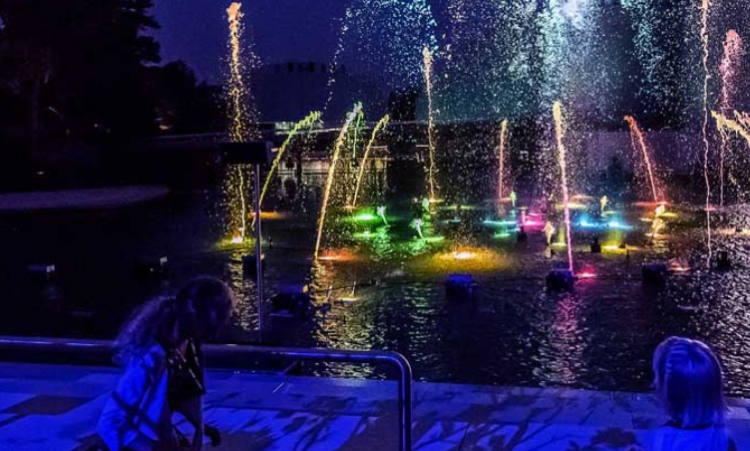 Fountains have been dazzling people for thousands of years. The soothing sound of splashing water that falls in cascades is something that can easily put anyone in a state of relaxation.

The popularity of fountains is just as great today as it was hundreds of years ago. Today's fountains are a completely different experience thanks to advanced technology which allows to create a show that will delight everyone with water, light and music.

Where did fountains originate from?

People have always been closely watching nature. Water is the most important element without which life cannot exist, which is why the cult of water has been present in human civilization from its very beginnings. The first fountains were built in ancient Mesopotamia, about 5,000 years ago. For centuries, fountains have been used as a form of entertainment. In some medieval monasteries, fountains were also used for ritual washing. Contemporary fountains are an amazing combination of modern technologies with the power of nature. Thanks to advanced devices, it is possible to create breathtaking effects of water, light and sound. Water effects allow to create amazing geometric shapes and patterns from water jets, while water special effects provide the highest level of entertainment. Today, the undisputed leader in this industry is the Aquatique Show, creating amazing fountains all around the world. Their impressive constructions can be admired in many places. Today's fountains not only consist of water shooting upwards. The most popular fountains are water tunnels under which you can pass freely, unusual shapes created with the help of water jets, such as water trees, water mazes, as well as interactive fountains. Multimedia shows in which water, lights and music create an impressive show are also very popular. There are more and more such facilities every year, thanks to which an increasing number of people can enjoy their unusual and impressive effects.

Water, light and music – a feast for the eyes and ears

Multimedia shows are a great way to spend free time with your family and friends. Such fountains are a very interesting alternative to, for example, going to the cinema, which is why all forms of fountains are becoming increasingly popular.