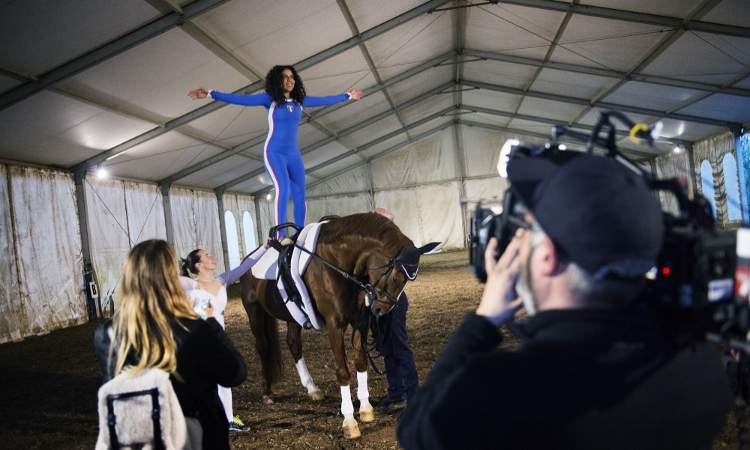 Reality Road is two engaging women: a slim blonde, who is a musical director and an artist with curly raven-black hair. It also features a mature truck driver, 6 countries and 9 days to shoot a music video. The outcome of this combination is surprising!

Watching the 7th episode, we can briefly visit the horse stables in which Mapei will confront one of her biggest fears. Liza, the director, persuaded her to perform acrobatics on horseback, which will be the main scene of the music video. It’s a unique episode that grabs the heart of every viewer. Observing Mapei’s struggle to overcome her own fears, we start to be afraid ourselves. It’s a great story about overcoming your own weaknesses with a cheerful, positive ending. Everything would be much simpler if not for Jens, who at the beginning of the episode talks about his deep scars - a memento of a direct incident with horses.

This moving story takes place in Italy. An excellent example of how much can be done out of love for music.

Episode 8 is equally interesting. The footage has been shot, and soon in the Volvo Trucks “Reality Road” series, the paths of the three characters will diverge. But before they say goodbye to each other, Mapei and Liza prepared one last surprise for Jens.