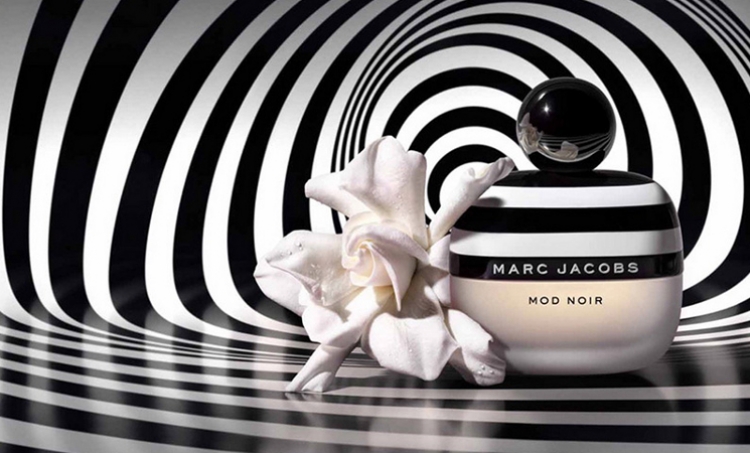 While he likes to break new ground, Marc Jacobs is including a bit of his past in the launch of his newest fragrance, Mod Noir. The scent, which is exclusive to freestanding Sephora doors in the U.S. and Jacobs’ own boutiques in June and globally in July, is based around gardenias, the bloom that was the focus of the very first fragrance Jacobs did with former fragrance licensee LVMH more than a decade ago. Coty, Jacobs’ current licensee, acquired the license from LVMH in May 2003.

Despite being immersed in the scent business for more than 10 years, Jacobs said the perfume business never gets old for him. “Every time I go to an airport or open a magazine [and see one], I think, ‘Wow, I’m a real designer. I have a perfume,’” he told WWD.

In fact, Jacobs admits to being surprised by the number of fragrances he has. “I have the same basic attitude toward everything — I get very excited about doing new things and projects,” he said. “When fragrances first started, I was superexcited about being able to do it, and I thought, ‘Well, we’ll see how it goes. If it works, then we’ll do more, and if it doesn’t, we’ll try again to do something else.’ The best test is the customer.”

The customer, by the way, may soon be able to purchase shares of the designer’s stock; it has been rumored, but not confirmed, that Jacobs is eyeing an initial public offering.

The new floral interpretation, which Jacobs created with Jean-Claude Delville at Symrise, has lush green top notes, a heart of gardenia and a drydown of creamy musks, and the fragrance’s packaging also gives a tip of the hat to the retailer in which it will be sold — Mod Noir’s bottle is in graphic black-and-white, Sephora’s signature colors.

Eaux de parfum in two sizes will be offered: 1 oz. for $70 and 1.7 oz. for $90, as well as a $28 rollerball, noted Lori Singer, group vice president of global marketing at Coty Inc. Singer added that Raymond Meier shot the brand visuals, which will be used in-store and digitally, and that a comprehensive sampling campaign is also planned. While neither Jacobs nor Singer would discuss numbers, industry sources estimated that the scent could do $10 million at retail in the U.S. in its first year on counter.

The designer is equally as enthusiastic about the color cosmetics collection he’s created with Kendo, Sephora’s product arm. The line launched in August 2013. “[Color] runs parallel to the fragrance experience,” he said. “The idea of beauty, for me, is fragrance, color and eventually, hopefully, skin care. It’s very much like designing a collection — it’s just a different medium. It’s about materials, it’s about creating a certain spirit, assembling the elements, putting them together, and opening up a dialogue. What I love about fashion, accessories and beauty, is that they’re part of a ritual which is such a luxury, and a luxury that I think women — at least all the women I know — enjoy, making those choices and enjoying that ritual in the morning, deciding what you’re going to wear and how you’re going to present yourself. That’s olfactive as well as visual.”

Jacobs also isn’t afraid to deviate from the norm, as he proved when he signed sixtysomething actress Jessica Lange as the face of his color cosmetics collection in the spring of 2014. “I’m a big fan of hers, and I always have been,” he said. “I felt that it was really necessary, early on with the beauty, to establish that you should come to expect what you don’t expect, not to get into kind of a formula. So [we decided] to go from Edie [Campbell, who was featured in the previous campaign] with a very heavy, very glamorous beauty look to Jessica, just a beautiful woman who is somebody very, very different and extraordinarily beautiful and talented. It wasn’t about doing an age thing or anything like that. It’s just me trusting my instincts. Beauty comes in many shapes and forms and sizes and ages.”