On off the road The House Spring/Summer Campaign 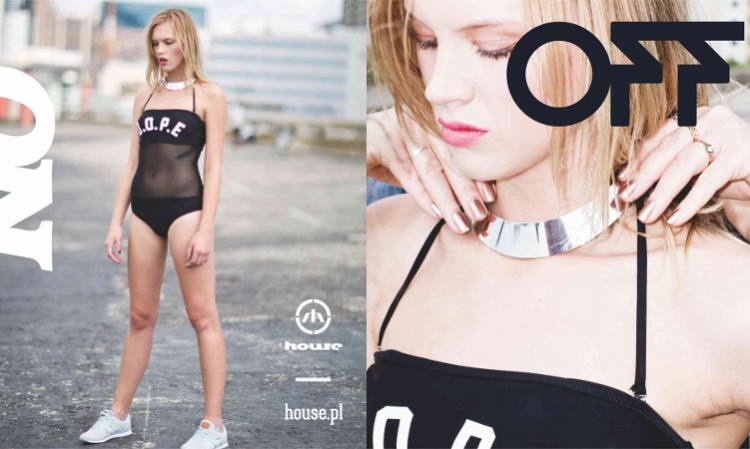 The protagonists, who are on their way to a festival, can be followed in two versions: ON, which is a calm, well-planned journey and OFF, which shows everything that wasn’t quite planned. These two films comprise a diary of the protagonists’ adventure, which lets us switch between the two versions of events, taking place to the spirited sounds of music. The ON/OFF concept was also used in preparing the campaign’s photo diptychs.

The pictures and the films to the latest HOUSE collection were shot in Cape Town and the surrounding area. The place is full of the noisy ambience of a large city but it also offers incredible natural landscapes and wilderness.
The concept of the photos and films, and the styles they feature, relates to the overall character of the latest HOUSE collection, designed to help everyone highlight their own individual style. The clothes

bring lots of denim and laidback rock attitudes in comfortable, urban looks, with interesting prints and the latest spring and summer trends.
The campaign photos are again the work of the excellent Rafał Milach. The director of the films is Radek Żabiński, accompanied by cameraman Kamil Płocki. The music was composed by Krystian Wołowski, the co-founder of D4D. The models, Ariel van Heedren and Reyna du Preez, were styled by Marta Kalinowska with make-up by Gosia Sulima. The campaign was produced by AFPHOTO, with Brand Manager Grzegorz Chyła and Creative Director Maciek Czarnecki taking care of its final effects.
The campaign’s atmosphere has transferred to the House salons by Site Project Co-ordinator Dagmara Gałecka