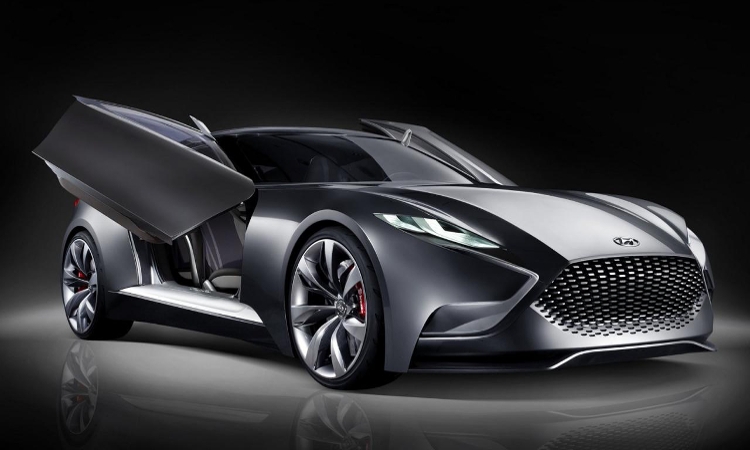 As part of its ongoing commitment to support education and prepare U.S. students for later academic success, Hyundai Motor America today announced it will expand its partnership with MIND Research Institute with a $1.0 million commitment. These funds will support the Hyundai ST Math Initiative, benefiting approximately 50 additional schools by 2018. This would bring the total to over 100 public schools across the U.S. that are participating in the Hyundai ST Math Initiative.

The Hyundai ST Math Initiative (Hyundai Math Labs) was launched in 2011 in partnership with MIND. It brings the research-proven ST Math® program developed by MIND to thousands of students across the country. The goal of the initiative is to help increase high school graduation rates. Research shows that proficiency in early math skills is proven to be the number one predictor of later academic success and high school graduation.

"As a car manufacturer driven by innovation, we are keenly aware of the important role that a STEM education will play in our youth's ability to excel academically and tackle the complex challenges of tomorrow," said Mike O'Brien, Vice President of Corporate and Product Planning at Hyundai Motor America and Chairman of the Hyundai ST Math Initiative Advisory Board. "At Hyundai, we believe it is our responsibility to contribute to the preparation of our country's future leaders and we are committed to providing the resources they need to succeed. With this latest pledge, this brings our total commitment to ST Math for public schools across the U.S. to just over $2.0 million."

The ST Math program, developed for elementary and secondary schools, takes a distinctive visual approach to math and problem-solving. The program helps students gain a deeper understanding of math concepts through computer-based puzzles featuring JiJi the penguin. Students associate JiJi with challenges, learning and the thrill of success. Every time a child demonstrates understanding of a math concept, JiJi crosses the screen, signaling success and leading the student to the next more challenging puzzle.

Hyundai has invested over $1.0 million to date in its efforts to improve academic success in STEM fields by funding this math program at schools nationwide. More than 17,000 students and 825 teachers from across 51 schools in Chicago, East Los Angeles, Fountain Valley, Calif., New York, Philadelphia, Pinellas, Fla., Spring, Texas and Washington, D.C. have benefited from Hyundai's investment. Hyundai's latest donation of $1.0 million to MIND will allow for as many as 50 additional K-6 schools nationwide to join the program.

"Hyundai continues to be a tremendous partner for MIND Research Institute and an influential advocate for STEM education," said Matthew Peterson, CEO & co-founder of MIND Research Institute. "We're grateful for Hyundai's commitment to equipping students with the early math skills that are essential for future innovation."

The Hyundai ST Math Initiative has seen promising results, most notably in its recent investment in the District of Columbia Public Schools (DCPS). With Hyundai's help in funding ST Math, DCPS saw triple growth in math proficiency compared to other DCPS schools, according to an analysis conducted by the district and MIND.

The analysis evaluated DC Comprehensive Assessment System math scores of 1,135 third, fourth and fifth graders at 17 DCPS schools fully implementing ST Math for two years. Findings showed that those schools experienced a 19 point gain in percentage of students scoring proficient or advanced in math since 2012. DCPS schools that had similar 2012 math performance but didn't use ST Math experienced a 5.2 percentage point gain over the two years. These results mirror an analysis done in 2013, where growth among ST Math schools was also triple the rate of non-ST Math schools in DC.

The Hyundai ST Math Initiative is led by an advisory board made up of Hyundai and MIND executives, including Mike O'Brien and Zafar Brooks, Hyundai Director of Corporate Social Responsibility and Diversity Inclusion, along with MIND executives. Together, Hyundai and MIND are working to ensure the effort has the greatest potential impact on meeting the program's goals. STEM education is part of Hyundai's larger CSR strategy, which consists of four pillars: children's health (pediatric cancer), education, volunteerism and arts & culture.